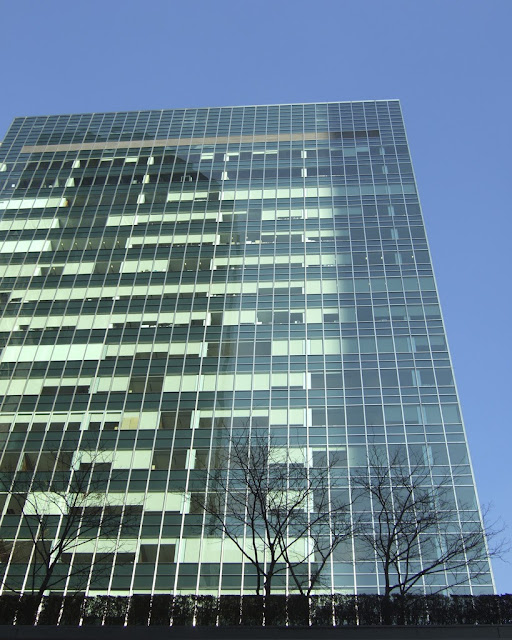 A paper by Michael Abrahamson exclusively for Saturated Space.

the notion of a “functional” colour – colour that does something for or with or to you – was common in the 1950s, and not only in advertising. A revolution was underway in the way products and environments were colourised, one in which architects and interior designers actively participated. Coined by colourist Faber Birren in the 1930s, "functional colour" was a banner that symbolised an empirical system of colour selection. This paper tests Birren's intentions against the application of colour at Lever House in New York, one of his most favoured architectural examples. The New York headquarters of Anglo-Dutch fats and oils conglomerate Unilever and its subsidiary Lever Brothers, much attention was lavished on the colourisation of both its outside (by Skidmore, Owings & Merrill) and its inside (by Raymond Loewy Associates). And yet, most historical study of Lever House to date hasn't penetrated its sleek, blue-green skin to reveal the colour systems at work within. Just what function did these colours have?