Eupnea from Saturated Space on Vimeo.


"Eupnea" is a film by artist Ilona Sagar exclusively for Saturated Space. It explores the colour-space of healthcare environments in Britain, which to this day are guided in their design by colour analyses from the 1950s. This has created a historic and continuing relationship for millions of people between whole generations of memories and experiences across the gamut of life's most intense moments -from birth, to illness, dementia, and death- in which specific colours, surfaces and spaces become intertwined, become active players in the pain, hope, fear and release of the NHS' countless visitors.

Please be advised that this film is best viewed with headphones. 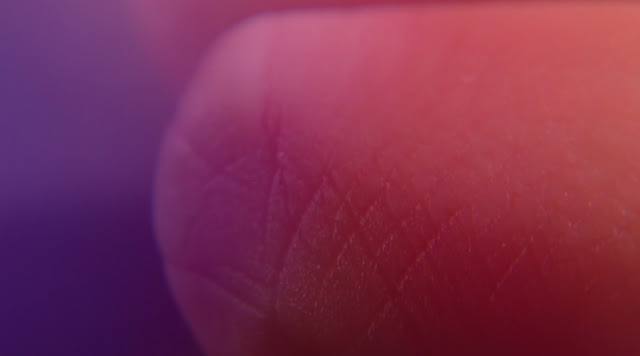 "The film focuses on the connection between colour, health and well-being through its manifestation in the design of hospitals. Hospitals can be seen as the site of a collision between internal and external languages in design, cognition and the human body. The external syntax of technical & functional systems clashes with an internal language which is messier, more visceral and emotional.

The film is an attempt to destabilise the identity and lineage of familiar municipal design languages and question the impact such syntax have. Much of the aesthetic of the film is charged with the Faden Birren functional colour chart for hospitals, schools and factories (1950,61,87). The highly influential therorist, Birren was primarily interested in the function of colour in workplace environments, and how to positively improve or challenge public, or shared environments. His functional colour schemes utilised tangible evidence rather than individual taste as their basis. Although the colour chart has become outmoded in other public sectors, it has been consistently referred to and used in the design of care environments. Originally intended to stimulate, heal and break up the institutional aesthetic, these colours have since become most strongly associated with the institutions of health.

As a part of the development of the film I interviewed ex-patients, health workers and architects anonymously about their experience of the hospital environment, with a particular emphasis on colour. They were asked to give an account of their time there without naming themselves, the hospital, or the reason for their stay. These monologues capture recollections of colour, form, texture and the subjects’ personal, often discordant relationships with the space.

Daylight green, dust yellow and muted blue are a few of the colours from Birren’s charts which have featured repeatedly in the interviews I have conducted.

The soundtrack to the piece features the choir 'Force Majeure'. Key to the design of a health environments is the visceral body, both as a passive and active agent. The choir takes on the role of an ‘organ’ or ‘organism’ both as musical construction and a body of people. The sounds produced by ‘Force Majeure’ range from abstract and onomatopoeic to the more familiar strains of traditional music. They represent a mute and stuttering dysfunctional language within design, but also in the body.

These intense layers of experience form a film work that can be read as a description of an existing building or a proposal and stimulus for a new health environment. In fact the film will define a space that sits somewhere between analysed reality and fictional proposal in an effort to interrogate the tacit meanings embodied within these charged spaces, and our relationship to them." Ilona Sagar (b.1985, lives and works in London) received her BA in Fine Art from Goldsmiths College (2008) and her MFA in Sculpture from the Royal College of Art (2012). Sagar explores our shared interactions in both public and private space through the construction of fractured multimedia narratives, which are often overlaid with institutional system codes native to museums, churches and theaters. Recent exhibitions include Part of a Larger Whole, EU Commission (2013) UK, FEST13 New Directors Film festival (2013) POR, Heart of Darkness, Le Centre national d’art contemporain, Nice FR (2012); Unsound House, Carslaw St Lukes (2012); The Visionary Trading Project, Guest Projects (2012); States of Matter, the Swiss Church (2011); and Architectural Playgrounds, Barbican Gallery (2010). This October she will complete a commission for Art on the Underground in association with the publication Art Licks.
Posted by Adam Nathaniel Furman at 06:20