The Values of Colour 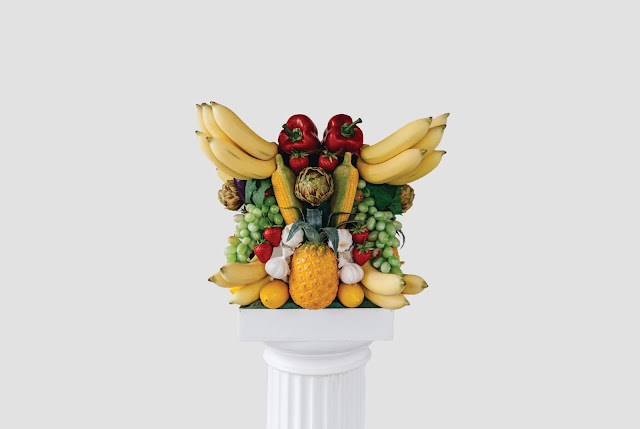 Exclusively for Saturated Space Owen Hopkins considers the role colour – or rather its absence – has played in the construction of the canon of western culture. He argues that to exclude colour is to ignore the contingent, the specific, the fashionable, the temporal in favour of a false universalism and values that serve to shut out what doesn’t conform.

One of the things they don’t tell you when you have a baby is how much stuff they need. Apparently there’s an inverse proportional relationship between the size of the person and the amount of stuff. It’s not just the obvious things like the crib, the changing mat, the buggy, but also the more unexpected, like the special bath, the bouncer, the sterilisation kit. There’s a definite aesthetic to this stuff – or rather two. 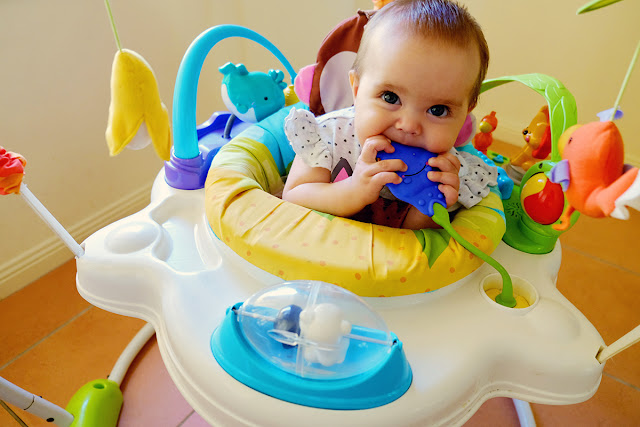 On the one hand, there’s the neutral tones – generally greys, creams and dark blues – of the kit used by the parents, like baby carriers, changing bags and the like. On the other are the things that are for the baby – from their clothes to the something called a ‘jumperoo’ – which, in stark contrast, are a riot of bold, bright colours, striking and highly defined shapes, and of cartoon creatures of improbably garish colour. My favourite is a purple parrot. There are few gradients, just blocks of single colour, which in our otherwise typically restrained living room, make very clear that our household has been transformed.
I hadn’t realised that this aesthetic is far from arbitrary, but because at birth babies have only 5% of an adult’s visual acuity. In addition, stereoscopic vision – which is the process by which we are able to see in three dimensions – only gets going once babies are a few months old. And it’s not long after that babies’ vision is comparable to an adult’s. So, this world of bright colours, bold shapes and almost Memphis-like patterns is only temporary. But it got me thinking about why we leave this world of colour behind, and why as children get older they transition to a rather more restrained ‘grown-up’ aesthetic, so that by the time we reach adulthood the colours we decorate our homes, of the clothes we dress in and of objects we surround ourselves with conform to a relatively narrow spectrum of mostly ‘neutral’ shades. If anything, better vision should lead to more aesthetic complexity: more colour, not less.
Cultural Conditioning
What this makes clear is how much the ways we as a society relate to colour in design and architecture are a combination of what’s innate or hard-wired into us, and the meanings, ideals and values we culturally ascribe to colour, which vary across different contexts and different fields of design and cultural expression and production. The latter qualifier is critical. I find it endlessly fascinating that as we spend more and more time looking at a screen, the frame for it – that is, the smartphone, tablet, laptop, TV, etc. – becomes ever more neutral. The expected trajectory here would be for the screen-as-object to diminish as the screen-as-conduit grows – and to some degree this is the case as the screen to surface ratio increases. But the object remains vitally important, just ever more minimal in its design. Apple’s in retrospect brief early-2000s flirtation with colour and even pattern is now more or less an aberration, the exception that proves the rule. 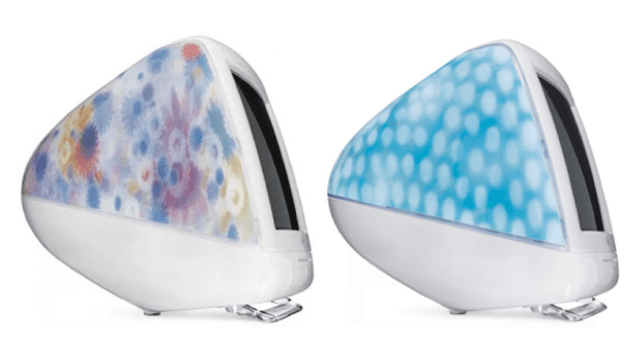 We might see an equivalence here with architecture – and we obviously don’t need to limit ourselves Foster and Partners’ built equivalents of the iPhone – and the idea of a building as a neutral frame for activity, as a pointer for understanding the absence of colour in that realm of cultural production. Yet the repression of colour in western architecture has a long history. It goes back at least as far as the Renaissance when architecture was re-cast as an intellectual pursuit, after centuries of being practised as craft. Central to this re-casting was the way Renaissance theorists conceived classical architecture as a system with a set of rules to be followed. These ideas were then codified in treatises, where they were literally translated into text, with architecture implicitly adopting many of the structures of language. Where present, images for the most part were secondary to the text, and always in monochrome. 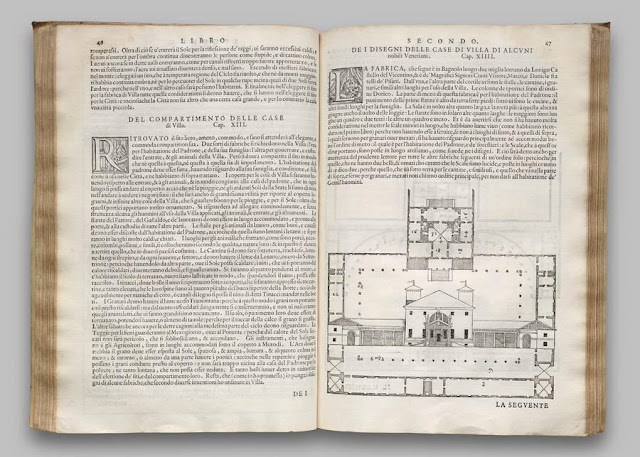 Of course, the lack of colour was determined by the primitive printing technology of the time, but it also reflected the fact that for Renaissance theorists form and line trumped colour. Their view of the architecture of the ancient world was one in which its power and virtue derived from the purity of its forms, from which colour was an unnecessary distraction and diversion.
Constructing the Canon
By the middle part of the eighteenth century, the primacy of the treatise had given way to direct experience of the architecture and art of the ancient world. But even as architects, artists and archaeologists were now studying at first-hand what generations before had known only through books, they rarely saw it through fresh eyes, at least when it came to questions of colour. Archaeological investigations had begun to reveal that ancient sculpture and architecture was very often painted in bright colours. So for those who clung to the idea that they were left bare, it required a remarkable act of cognitive dissonance to literally see past the colour of what they were discovering.
But this wasn’t just about personal preference, or even aesthetics. The entire canon of western culture had been built on the assumption that classical architecture and art was monochrome. The values of purity, authenticity, rationality and restraint that the classical ideal was made to embody rested on this fact. Colour, in contrast, connoted illusion, sensuousness and unchecked emotion, which could be admired in the exotic, Other or even feminine sphere, but which were excluded from the classical ideal. After all, canons define themselves at least as much by what they are not, as by what they admit.
Even as the hold of the classical over western culture diminished in the early years of the twentieth century, the primacy of its role in the origins of western culture, and by extension western civilisation, only increased. 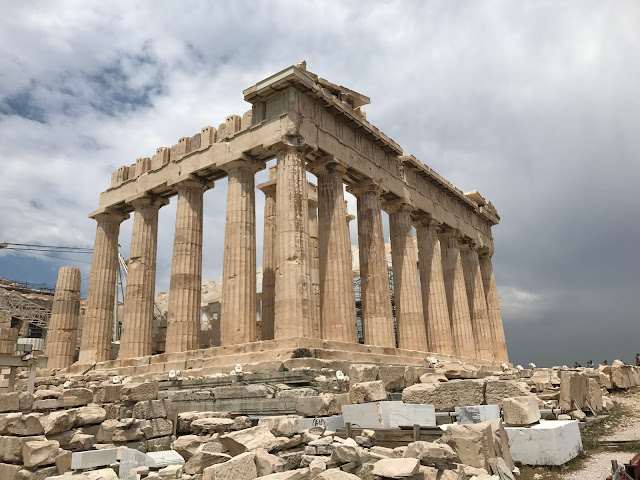 ^The Partheon in 2017. Photo Owen Hopkins

The confluence of classical culture and democratic values of fifth-century Athens was still seen as a unique event, reflective of universal values rather than as a product of particular or local conditions. By appealing to such subjective sensibilities as taste and fashion, the suggestion that classical sculpture was coloured fundamentally challenged this notion. This drove some in retrospect quite bizarre acts of cultural editing. Most significant by far was the sanding and polishing of the Parthenon sculptures by British Museum curators in the 1930s, which removed an original surface to make the sculptures appear brilliant white – quite literally burnishing their reputation as the fountainhead of western culture vitally held within a British institution.
Although the British Museum does not shy away from this unfortunate act – and it’s clearly not the kind of thing they’d contemplate doing today – it still even now surely forfeits their right to act as custodians of these artefacts. In that condition and in the context of the austere Duveen Galleries of the British Museum, the Parthenon sculptures are uncritically positioned in the pantheon of a western cultural tradition and civilisation, rather than as the product of a distinctly Athenian cultural and political moment that was subsequently appropriated. If the British Museum is in any way interested in presenting a critical survey of western culture that looks at how the canon is assembled and perpetuated, they would be far better off sending the originals back to Athens and showing a set of casts and perhaps even painting them.
Classical Appropriation
This episode reveals that the values we ascribe to colour in design, architecture and art are never neutral. The absence of colour in our conception of the classical plays the pivotal role of stripping it of its contingency and allowing it to exist as a kind of universal cultural idea. As a hegemonic, even quasi-imperial edifice it then becomes open for appropriation by dark political forces. Albert Speer looked to classical architecture because of the way he could use it to position the Third Reich as the inheritors of Roman civilisation and thereby assert the primacy of a western, specifically European race. The construct of a western culture intersects with other constructs, like race. In this way – and this is the critical point – the view of classicism as monochrome plays a central role in enabling its appropriation for reasons of legitimisation by those whose politics also asserts the primacy of whiteness, though with a rather different meaning.
We might look at the appropriation of the classical by totalitarian politics as a relic of the darkest moments of the twentieth century. Yet just as the classical remains central to our culture, so its appropriation remains possible. Today, the classical tradition is still being used to promote values that claim to be natural, intrinsic and universal to a decidedly western culture, with the obvious intent of excluding those who don’t conform. We’ve seen it in the persistent trolling of classicist Mary Beard after she pointed out that Roman Britain was far from racially homogeneous – challenging some of the myths of national identity propagated by the far right. 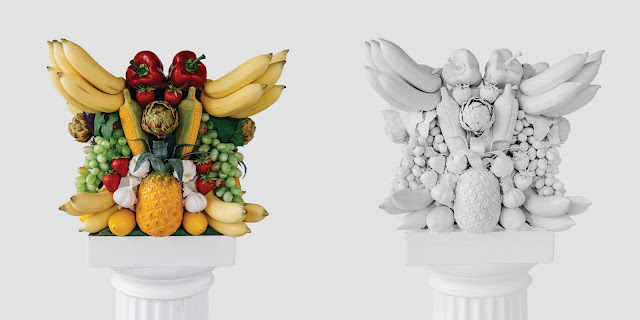 We also see it in a different way with the ‘Building Better, Building Beautiful’ commission, the chief premise of which is that the reason Britain isn’t building enough new housing is because it isn’t beautiful, i.e. classical (even though the New London Vernacular that describes much of the housing currently going up in the capital is clearly channelling a stripped back version of the Georgian terrace). If only we built in the classical style, it claims, then people would be much less resistant to new housing, and maybe even welcome it. This positing of the classical as central to some kind of British vernacular is wholly disingenuous. Far from bringing people together around shared values and ideals, it is deeply exclusionary, by class, and also by race. Intriguingly these vernaculars are always rooted in the classical. The Gothic, which apart from at a few moments has long been a repository for a quite different set of values, hardly gets a look in. 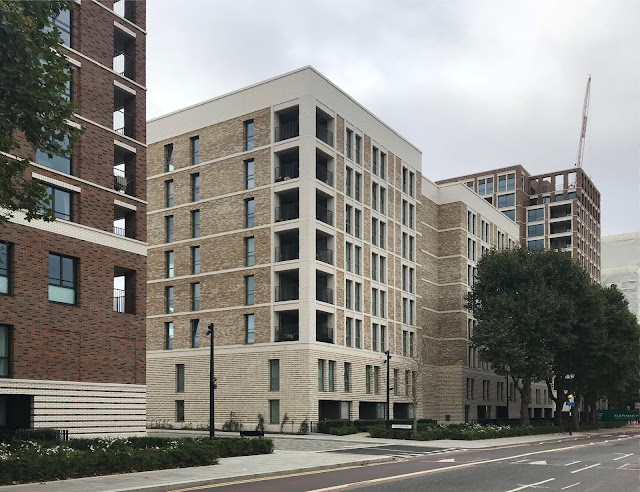 More than Aesthetics
The values we ascribe to colour in architecture mean that it is not simply about aesthetics. As my living room currently attests, we’re not born recoiling from bright colour, bold patterns and formal complexity – just as no-one is born racist. We’re conditioned towards aesthetic restraint and conformity, even as our innate capacity to deal with and appreciate it increases. Whether the commentators on online magazines castigating the few colourful projects that slip through the editorial net realise it, what they’re criticising is not an aesthetic, but that which in their mind doesn’t conform. It’s not such a big step to extrapolate that position onto other things, ideas and people that don’t conform either. A monochrome culture is a one-dimensional culture, representing a single cultural ideal, free from nuance, contingency and complexity. How do we challenge this falsehood and prevent its appropriation? 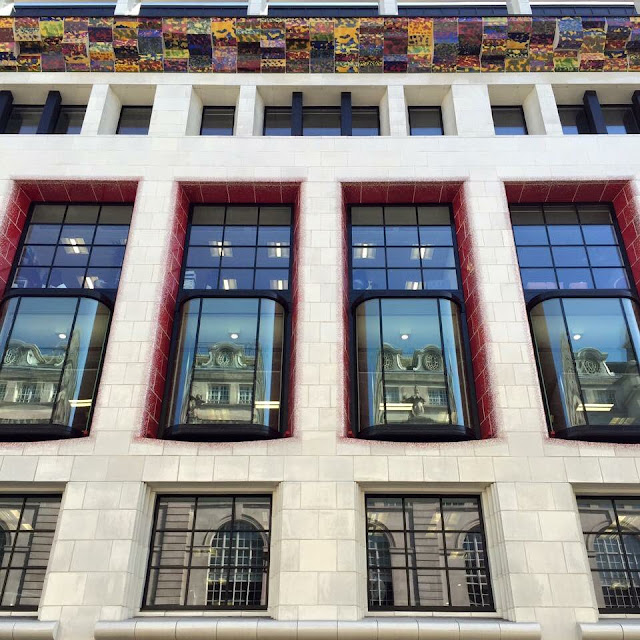