Blue is For Blondes 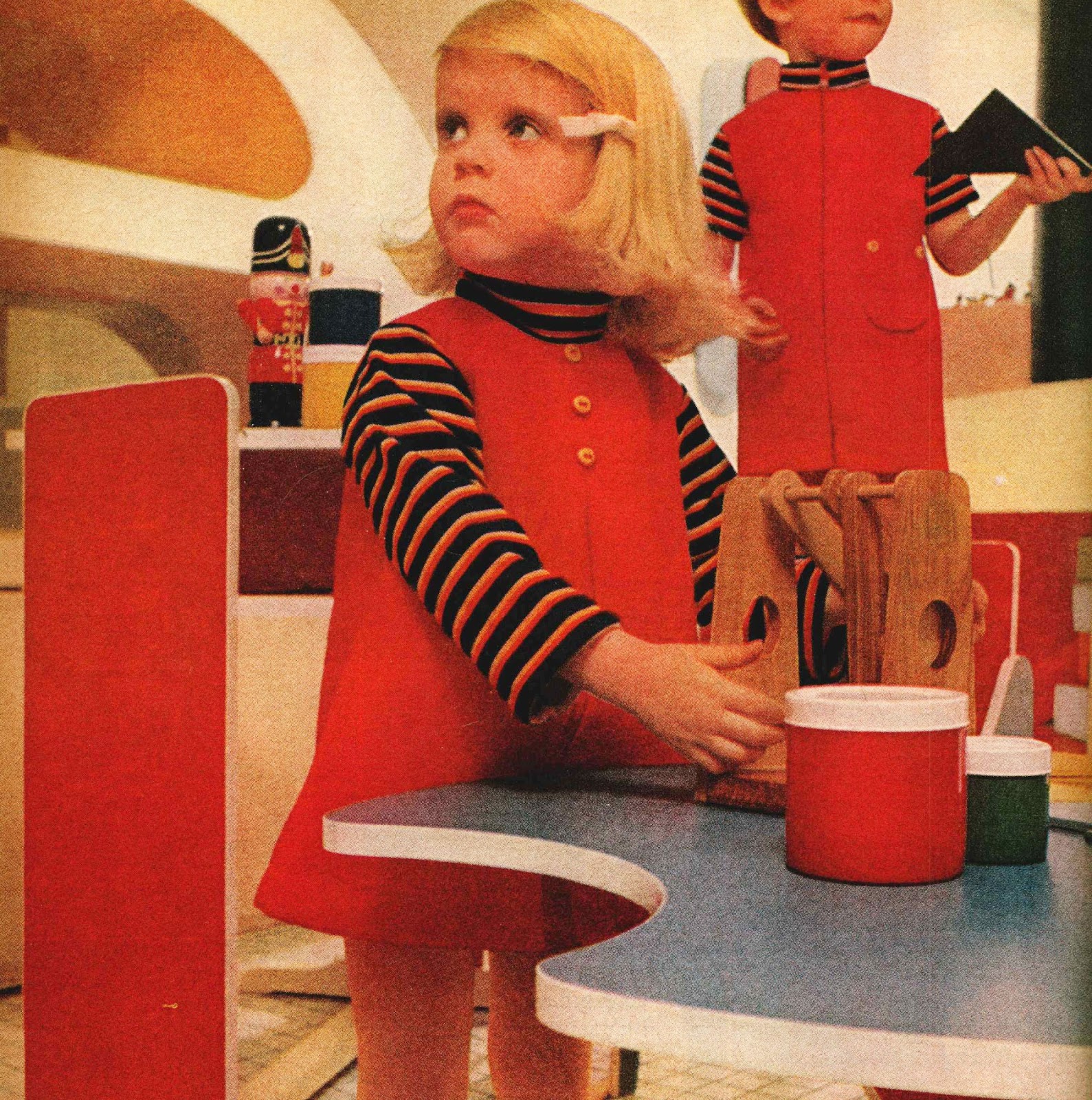 "Recent research on the history of children and color shows that the gender binary (blue is for boys, pink is for girls) is of postwar vintage. Color has been an indicator, in the pint-sized realm, of so many other things. Age, separating the wardrobe of white-dressed infants from the breeched in colored rompers or knickers. Interests, manifested in wallpapers with transportation scenes or Western stampedes. Program, with bright colors in the playroom and soothing hues in the bedroom. Complexion, red for brunettes and blue for blondes. This essay explores a few of those choices, which overlap and interweave rather than advancing toward a color-coded future."

Blue Is For Blondes
Read more publications on Calaméo

N.B the following note from the author:
"As my title suggests, the texts and images I examined seem to mean, by and large, "white children" when they say children. When talking about children and color, particularly in reference to complexion and appropriate historical themes, I expect there were different recommendations for non-white children historically, and indeed separate merchandising and advertising histories in the early 20th century. I did not find good references to such material in this first pass at the topic, but acknowledge the omission and plan to research further."
Posted by Adam Nathaniel Furman at 23:13